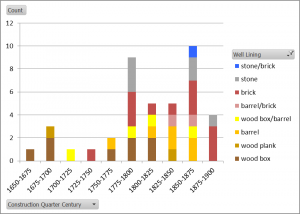 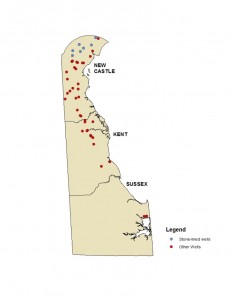 What To Do If You Get Stuck

Due to ice and drifting snow, the Delaware Department of Transportation advises motorists to stay off of Delaware roads. But, if anyone must venture out into dangerous conditions, he or she should know what to do if his or her vehicle becomes hopelessly stuck. The AAA offers this advice:

Dover – Delaware Department of Transportation crews were on the job overnight and this morning, plowing and salting roads to make them safe. Their efforts are being hindered, however, by temperatures in the single digits and strong winds.   Temperature below 10 degrees make salt less effective at melting ice and snow. High winds cause snow to drift back over areas already plowed.

As a result, a Level 1 driving emergency remains in effect today.  Motorists should stay off the roads unless their travel is absolutely necessary.   Roads will be icy in spots and secondary, and suburban streets will be snow covered in locations. Bridges, ramps and other elevated surfaces may be slippery.

As the day progresses and daylight returns, DelDOT will be in a better position to assess the road network and advise state officials on appropriate driving precautions.

DelDOT takes every reasonable precaution to minimize or prevent any damage to public or private property during any of its operations. However, if your property was damaged, please call 1-(800) 652-5600.

As they perform their snow removal duties, DelDOT’s crews must necessarily stop for bathroom, meal and occasional rest breaks.  During snow events, DelDOT crews frequently work long shifts into the late night or early morning hours.  Driving large, heavy vehicles under adverse road conditions requires intense concentration and can be physically and mentally exhausting.  If drivers stop their vehicles on the roadside or are parked at a local business, be assured the break they are taking is richly deserved.

Call EOC If You Are Snowed-In But Must Travel

Who should you call if you are snowed-in but must travel? The answer depends upon the severity of your need to travel.

Call 911 if there if there is a life-threatening situation.

However, if you have a non-life-threatening emergency and you need to travel by automobile, you may request assistance by calling your county’s Emergency Operations Center.  This assistance is only available in extreme weather conditions.

Delaware Department of Transportation snow plows are assigned to plow specific roads, and they must travel quickly, but safely, from one assignment to another. With their plows down, trucks travel more slowly and might need to stop at each crossroad. Further, if a road has been recently salted, driving with the plow down might remove salt that has been applied to help melt snow and ice.

Why You Might See A Snow Plow Driving Fast

Snow removal operations must proceed as quickly and safely as possible in order to plow as many miles of road as possible in a limited amount of time.  The Delaware Department of Transportation is responsible for more than 12,000 lane- miles of roads, or 89 percent of the roads in Delaware. Drivers are trained to operate their equipment at safe speeds that will result in an effective snow removal effort over a large area.

If you believe that a vehicle is being driven in a reckless or unsafe manner, please contact DelDOT’s Office of Public Relations at (302) 760-2080 with detailed information about the specific situation.

Why DelDOT Doesn’t Plow All Roads

While the Delaware Department of Transportation is responsible for maintenance of 89 percent of roads in the state, DelDOT does not plow roads and streets that are maintained by towns or cities.  DelDOT also does not plow roads within privately owned subdivisions. DelDOT does plow some roads that are within city or town limits, but only those that are designated state maintained roads. Residents of incorporated towns or cities should first check with local government officials to learn if your street or road is municipally maintained.

For example, in the town of Greenwood, DelDOT plows Market Street, because that road is part of Del. 16, which is a major route for motorists heading east and west in Sussex County. In Dover, DelDOT plows North and South Dupont Highways for the same reason.

Forecast: Up To 14 Inches Expected

Gusts of wind could reach 35 mph.

Temperatures will be very cold, with a wind-chill advisory for the entire state.  Long-range temperatures will remain very cold throughout next week, averaging 10 — 15 degrees below normal.