As snow falls throughout Delaware, drivers should avoid unnecessary travel. But, if you must drive, the AAA advises that drivers take these precautions:

DelDOT crews in New Castle and Kent expect to begin responding to winter weather about 4 p.m. Crews in Sussex will be on-call all night. #stormDE

Learn the latest road conditions, and see them via Web cam. Visit www.deldot.gov/information/travel_advisory/ 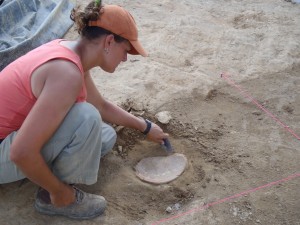 Excavations at the Houston LeCompt Site 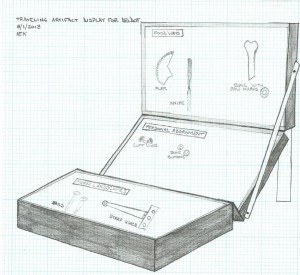 Utilizing artifacts from the Phase I, II, and III excavations, the Houston-LeCompt exhibit will tell the story of those that lived on the site and how the use of the land changed over time.  Dovetail will utilize conserved and mended artifacts, field photos, and artistic renderings to show how archaeologists understand the larger context of the site. The exhibit will be housed in the Smyrna Rest Area to allow the traveling public and local residents to view the remains. The second exhibition will be a traveling historic artifact display.  This display will not focus on one site, but rather will be used to educate audiences on general archaeology in Delaware.  The design of the exhibit will be portable, allowing various members of the DelDOT staff to bring the exhibit to schools, conferences, and other locales to showcase historic artifacts from Delaware. Dovetail staff is also developing a brochure that supports the display and offers additional information on the history of the state.

In advance of rain, snow and ice tonight, DelDOT is now pretreating roads in Kent and Sussex. It is completing pretreatment in New Castle.