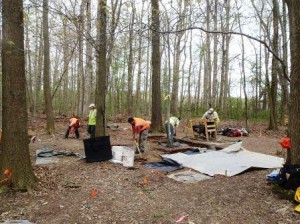 Dovetail Cultural Resource Group (Dovetail), a firm that specializes in archaeological and architectural research, began archaeological fieldwork at the Warwick Site on April 17, 2013.  The Warwick Site is a small camp, way-station, or short-term work area occupied by Native Americans between approximately 3,000 and 500 B.C., which spans the periods referred to by archaeologists as the Late Archaic (roughly 3,000-1,000 B.C.) and Early Woodland (roughly 1,000-500 B.C.).  Richard Grubb and Associates (RGA), also archaeological and architectural specialists, had identified the site and determined that it was important based on the potential contribution to understanding Native American life in the northern Delmarva Peninsula during the Late Archaic and Early Woodland periods.  Both RGA and Dovetail work for the Delaware Department of Transportation; the site will be affected by planned improvements to Route 301.

Dovetail began by clearing leaves off the site to identify the location of RGA excavations, and re-establishing the RGA excavation grid.  The grid divided the area into blocks of one square meter, or roughly three square feet, thereby controlling for the type and amount of artifacts recovered across the area.  Excavation began by expanding the southern portion of the area examined during the earlier work.  Soils were pushed through a screen to ensure that all artifacts larger than one-quarter inch are recovered.  The root mat and associated organic material and soil and an underlying layer identified as soil plowed 100 or more years ago were removed to expose the less churned-up soils below the plow zone, where the remains of hearths, sub-surface storage pits, and rings of posts that served as the frame for houses or, more likely in this case, temporary huts might occur.  Future work will expand the excavation to investigate possible features, as archaeologists refer to the remains of huts and hearths, and remove the unplowed soils that have not been excavated at present. 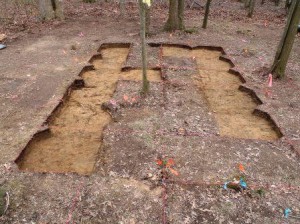 Looking south across the initial excavation blocks after removal of the historic plow zone.

We at the Louis Berger Group are very excited to begin work on our alternative mitigation of the Dale Site and the archaeology of African Americans in St. Georges Hundred. The Dale Site, 7NC-F-134, first appeared to archaeologists as so many sites do, as a scatter of artifacts on the surface of a plowed field. Walking the field and picking up potsherds and pieces of glass, using a GPS device to record where each artifact came from, the archaeologists mapped out what looked like three separate house sites in a single small field. The artifacts dated to the 1800s. The site is near Armstrong Corners, a few miles north of Middletown. 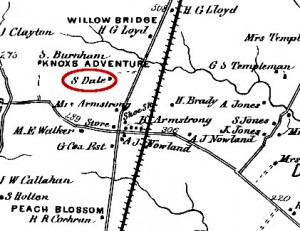 A little research showed that this field was part of a 20-acre property purchased in 1854 by Samuel Dale, an African-American farmer. Dale may have already been residing on the site for some years, since he is listed as a farmer in the neighborhood census for 1850. This Samuel Dale seems to be the same person as Reverend Samuel Dale, minister of Trinity AME Church in Middletown. Samuel Dale died some time before 1882. His property was divided among Samuel Dale, Jr., William Dale, and Temperance Shockley, who were mostly likely his children. This was a striking discovery, since the archaeological site seemed to contain three separate houses; one for each child? Samuel Dale, Jr. died in 1882, and his share of the property was divided between William Dale and Temperance Shockley. This deed was recorded at the county courthouse, unlike most of the others concerning the property, and it is only from this one record that we know about Dale’s death and the division of his farm. In 1915, the Dales sold land to the Armstrong family and moved on. Archaeologists went back to the site in the spring of 2012 to do more testing. They found hundreds of artifacts dating to between 1800 and 1910, divided as before into three separate concentrations. One of the three had many fewer artifacts than the others, but bricks and nails showed that buildings stood in all three spots. No foundations or cellar holes were found, so the buildings probably stood on brick piers. One well was discovered, but it was mostly filled with sterile sand. Because of its connection to the Dale family and the African American history of Armstrong Corners, the Dale Site was considered to be significant. However, the archaeology did not seem very exciting. The artifacts found on the site were all broken into small pieces, and no foundations or artifact-filled pits had turned up. So it was decided to explore the site in a different way, by investigating the history and archaeology of African Americans in St. Georges Hundred. Over the next six months, Berger archaeologists, along with faculty and students from Delaware State University, will be combing through the archives to write a history of African American communities from Middletown to the Canal and assembling all that is known about their archaeology. Because this is an archaeological project, it will focus on the material side of life – houses, farms, food, furniture, dishes, and so on. The goal will be to produce a document called a “historic context,” which will be used to help understand and evaluate any future sites in the region where African Americans lived. It is a fascinating project, and we  can’t wait to get started. 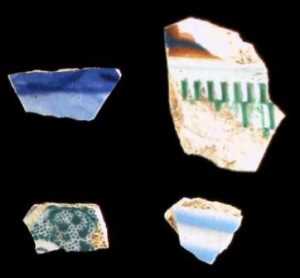 Sherds from the Samuel Dale Site

Howdy all, here is another great video from the folks at Dovetail Cultural Resources Group. Take a peek to see Kerry Gonzalez (Laboratory Manager) explain the process artifacts go through in the lab once they come out of the ground from the Houston LeCompt site.