Cross-section of a well excavated in the late 1980s
at the Thomas Williams Site near Glasgow.

Versar continues to collect information on previously excavated wells from all over the state of Delaware. Last month we reviewed more than 100 archaeology reports prepared for DelDOT over the last 30 years.  That review found that at least 50 wells have been identified across the state as a result of archaeological research conducted in advance of highway improvements. Wells have been found on historical home sites, farmsteads, dairy farms, stores, and blacksmith shops dating from the mid-1600’s through mid-1900s.  Materials used in the construction of these wells included wood timbers, barrels, stone, and brick.  The wells consist of both square and round shafts, with round being the most common form. This month we will visit the Archives of the Division of Historical and Cultural Affairs in Dover.  There Versar researchers will review reports from non-DelDOT sponsored archaeological investigations.  We plan to examine reports conducted by other state agencies, federal agencies and the military, universities, or by volunteer community groups such as the Archaeological Society of Delaware.

To learn more about this site, visit: https://deldot.gov/environmental/archaeology/williams/index.shtml

The northbound I-95 to northbound Route-7 ramp was opened in May 2013.

Structural steel beams for the bridges was delivered throughout the spring and is all in place. Construction continues on the rest of the bridges, decks, overpasses, roadway paving, and retaining walls.

The project is about 80 % completed.

DelDOT’s self-imposed July 1 deadline for lane closures along SR26 has come and gone, and as planned utility companies have completed their scheduled work on time. This means that as of July 1, 2013 lane closures will no longer be required for overhead utility relocation work along Route 26. Overhead utility relocation work will continue through the summer, but without the need for lane closures. Delmarva Power and Verizon will continue to work on underground services, street light installation, moving facilities from old poles to new poles, and old pole removal. Thanks to the hard work of Delmarva Power, Verizon, Mediacom, and their sub-contractors, nearly half of the project’s utility relocation effort has been completed! DelDOT would like to congratulate Delmarva Power, Verizon, Mediacom and their sub-contractors on reaching this important milestone in the SR26 project. DelDOT would also like to thank the traveling public along Route 26 for their patience and understanding during this difficult operation. 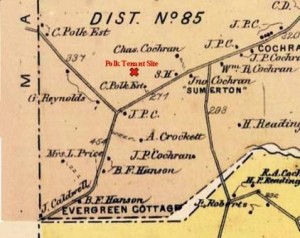 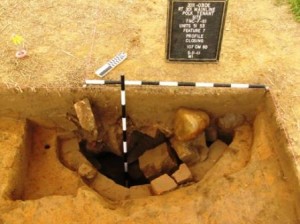