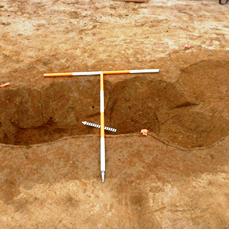 Wow, the beginning of the Elkins B cellar hole has not been a disappointment for the crew from Hunter Research, Inc.!  We started with the darker soils across the north end of the cellar hole removing between four and six inches.  We have recovered close to two thousand historic artifacts from the top of the cellar hole.  There are many fish scales, fish bones, mammal and fish bones, egg shell fragments, freshwater mussel, oyster shell, burnt peach pit, daub, a brass clasp (with a “P” inscribed on it), a small lead shot, French and English type gunflint fragments, vessel glass (dark olive spirits and pale olive vial), wrought nails, white pipe stems and bowls (one with both a Robert Tippet cartouche and impressed “RT”  This combination is very rare!), tin enameled earthenware (pink and buff bodied) Nottingham brown stoneware, Westerwald tankard fragments (one with a partial royal cartouche…the upper part without initials), Hillegas Philadelphia redwares, buff Staffordshire ware, Midlands mottled, dipped white salt glazed white stoneware, some kind of slag?, thin brass wire (thread?) wound around something that has deteriorated and over 70 straight pins!  The fill is rather sticky.  We are processing the soil through the 1/8″ mesh until it is down to small balls which we are saving to float.  The prehistoric features are proving to be interesting as well.  As we had observed at the Holton-Cann site, we have a connected multiple pit feature which appears to have been located within a structure.  On Friday with the approaching storm Sandy, we decided to finish off the smaller features, cover the cellar hole with plastic and our tent (lowered) and anchor down our site trailer.  Now all we can do is sit back and wait for the storm to clear …and when it does we will be there! 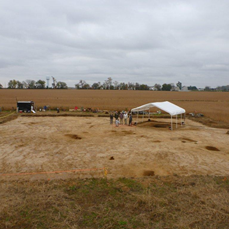 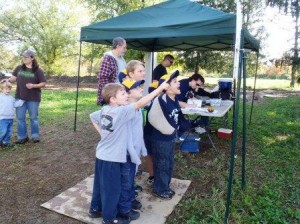 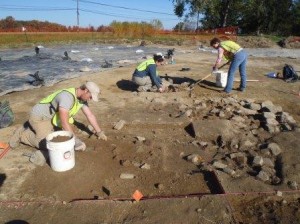 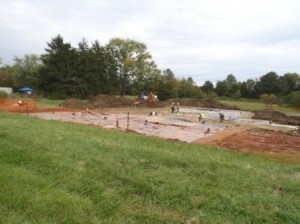 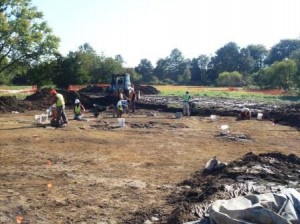 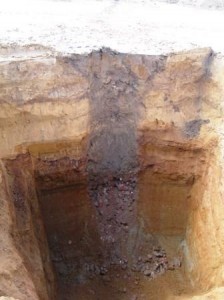 It’s amazing how much can be done when Delawareans work together. On Saturday, October 20, many Delawareans are expected to volunteer by picking up trash from their local roadways. https://deldot.gov/home/newsroom/release.shtml?id=4504

Join us as we celebrate National Archaeology Day on October 20th at the Armstrong-Rogers Site.  Sponsored by the Archaeological Society of America, National Archaeology Day is a chance for folks to visit sites, see archaeologists at work in the field and in the lab, and to learn more about archaeology and the its importance!  The Armstrong-Rogers site is an amazing look at an early historic domestic site and will shed light on the people that lived in this area.  What a wonderful opportunity; so, bring your family, friends, students, scouts and anyone else interested in learning more about this great field and wonderful site, and come on out!  Archaeology is going on in your neighborhood!

On September 24, 2012, the first Working Group Meeting of the Route 26 Project was held at the ﻿South Costal Library in Bethany Beach, Delaware.  During this first working group an explanation of the project was given to members by the design team.  The attached Power Point was presented to explain the project in detail. 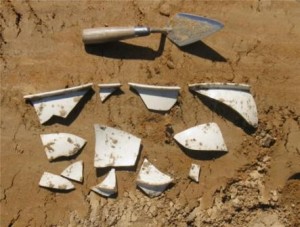 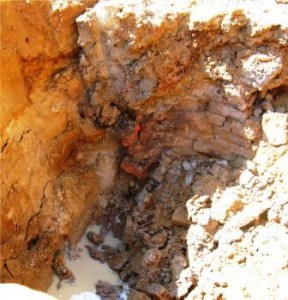