Dovetail is currently working through the vast Houston-LeCompt (7NC-F-139) artifact assemblage.  The lab staff has completed washing the Phase II artifacts and has begun cataloging. In just the first few days of cataloging, we have discovered many new treasures to add to the substantial collection of noteworthy artifacts recovered at this site.

Among the extravagant personal artifacts that already permeate the Houston-LeCompt assemblage, staff has identified a decorative oyster shell inlay, corset hook, cowrie shell, and a Pamplin tobacco pipe bowl. Several other notable artifacts include a toiletry related ironstone vessel that may be a soap dish or toothbrush holder and a brass Victorian-era twist doorbell.  A two-tined iron fork and several more decorated bone handles will be added to the collection of eating utensils previously identified in the Phase III collection.  Last but not least, a copper clock key impressed with ‘Ansonia Clock Co.’ typically used for late-nineteenth century figurine or grandfather clocks made by the company was identified, speaking to the post-Houston tenant occupation of this site. 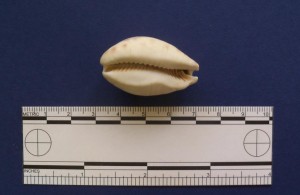 As we continue to work through the remainder of the Phase II and III collection, Dovetail will continue to update these posts to share the interesting finds that we come across and, in the process, gain a better understanding of the occupants of the site. 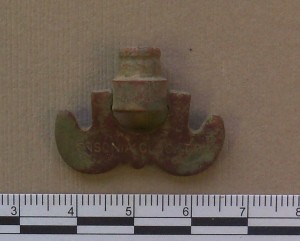 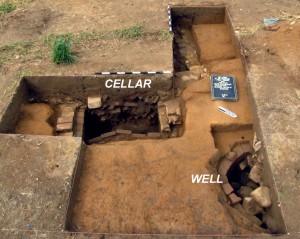